I’m doing something different this month. Rather than a single review, I’m talking about the historical, fantasy and science fiction I read whilst I was on holiday last month. Some books are old, some are new, some small press, some Big Five and some self-published. All are, I think, worth the reading, although it should go without saying that I enjoyed some far more than others. I’ve made no real attempts at critical analysis, because holidays are for relaxation and so, as I read, I let the words wash over me in gentle waves. I’ve listed them in reverse alphabetical order by author’s surname and included a link to Amazon UK (other retailers are, of course, available).

A Darker Moon J.S. Watts
This is a short, very intense story with touches of gothic horror. Abe is a foundling, the only link to his family a photograph of a beautiful woman tucked into the blankets wrapping him when he was abandoned on the steps of a synagogue. I’ll not summarise further, because it would be very easy to spoil this story and that would be a shame. About halfway through, the clues dropped earlier start coming together; Watts knows well the fine line between giving a reader enough and too much information. The end isn’t a surprise – it can’t be; it is, however, very well judged. What I enjoyed about this story was the stirring up of familiar, well used tropes into quite a different brew entirely. The writing too is lush and beautiful. Watts is a poet as well as a writer of fiction and this shows in every sentence of her prose.

The Mask of Apollo Mary Renault
An old favourite, this, and not a book I’d taken with me, but finding a copy for 25p at the village fete led to a most enjoyable rereading. It’s set in Athens and Syracuse in the late fifth/early fourth centuries BCE, during the tyrannies of Dionysios the elder and younger, and is narrated by Nikeratos, an actor. It touches on the roles of religion and drama in society and the limits of philosophy – the failure of Plato to train up the younger Dionysios as a philosopher prince drives a major part of the story. But this dry summing up of plot misses the point of reading Renault completely. One reads for the emotional intensity, the depth of description of character and scene, for the total immersion in her world. In this book, the description of the sack of Syracuse never fails to move me with its horror and pathos and yet – as in Greek tragedy – all the violence occurs entirely offstage. If you’ve not read any of her books, do give them a try. (I note that this month’s Guardian reading group choice is her Alexander trilogy.)

Athena’s Daughters: Women in Science Fiction and Fantasy Ed. Jean Rabe
I’m not, in general, a reader of short stories but this was recommended to me. Anthologies are like variety boxes of chocolates: if you rummage round you’ll find something to suit your taste. A couple of weeks after reading, the two stories that remain with me are Vision by Alma Alexander, which explores perception and perspective, and in doing so slides easily between myth and sci-fi, and Cynthia Ward’s Whoever Fights Monsters, a gaslight horror inspired by Dracula.

No Earthly Shore Jilly Paddock
This is a quiet, lovely, very gentle novella about first contact with intelligent life on a terraformed planet. Like much good sci-fi it plays with perceptions and expectations, and holds up a mirror to reality. It’s also a love story. As well as being beautifully written, it feels possible and its aliens like real creatures. Intelligent Ediacara, perhaps. Paddock is a biologist and her knowledge shows through in just the right way: no turgid infodumps here, but all the small details are coherent and consistent. I’ve read several of her books now but this one has become my favourite.

Carthage Ross Leckie
The final book in Leckie’s Carthage trilogy (following on from Hannibal and Scipio), this tells of the final and total destruction of a city, and a civilisation, at the culmination of the Punic Wars. It’s a war story, with little relief from all that builds and wages a war. Unlike the other two, it’s composed of ‘found’ material, letters and other documents, weaving together Cato’s implacable desire for destruction with others’ to avert it. It’s cynical and brutal, with stark descriptions of violence. I should note that this book is a fiction, not fictionalised history. Carthage was, of course, completely destroyed by Rome but both the central characters, bastard sons of Hannibal and Scipio, are invented; some readers dislike this playing fast and loose with historical fact but I don’t mind if the result works as a story, and I think this does. To my mind it’s not the strongest of the trilogy – I’d say that’s Hannibal, which has a broader range of emotional tone – but it’s still one of the most memorable things I’ve read recently and provides a satisfying end to the trilogy.

Arms and the Women Reginald Hill
I read six of Hill’s books whilst I was away. All were rereads, five were from his Dalziel and Pascoe* series, and I enjoyed every word of each. I’m cheating a bit including one on this list but I reckon it can be filed under historical fantasy thanks to the inset tale describing Aeneas’ wanderings after the fall of Troy. In his later books, Hill pushed the police detective story to – and sometimes well beyond – its limits (comedy, tragedy, whimsy, polemic; there’s even a sci-fi novella with Dalziel and Pascoe detecting on the moon). In this one, Ellie Pascoe, never one to lurk in her husband’s shadow, takes centre stage.

* If you only know D&P from the TV versions the books are another thing entirely. Not all translations are accurate.

Harvest Jim Crace
I know. There’ve been many rave reviews of this and it was on the 2013 Booker shortlist. You don’t get much more mainstream than that. But it is, still, a quite wonderful book. It’s also surprisingly hard to pin down. The tale is of one time and place, but the time is not specified and the place unnamed, and there are hints here and there that reading it as pure historical fiction may be misdirection. It’s also one of the most intense books I’ve read in ages. It’s short but I had to pause several times to work off my sense of mounting dread. The second read will be easier and likely even more rewarding.

Kingmaker: Winter Pilgrims Toby Clements
This was the stand-out book of my holiday. It was an impulse purchase based on a recommendation from someone whose taste I trust completely, and it was even better than she said. It’s a ground up view of the Wars of the Roses, so lots of battles (lots of archery, and the damage done by arrows) and the mud and blood and injury of the aftermath of those battles. It’s a study of friendship (and weather) and of a quest (in the cold, across desolate landscapes, with time running out) and of the quiet triumph of hope over adversity (and lots of mud). There’s the best (i.e., worst) villain I’ve come across in ages too, positively mired in bad faith, and some stunning imagery woven through the text. I’ve read it twice now and I’ll be giving it as presents. Go read.


The view from the window as I sat reading: 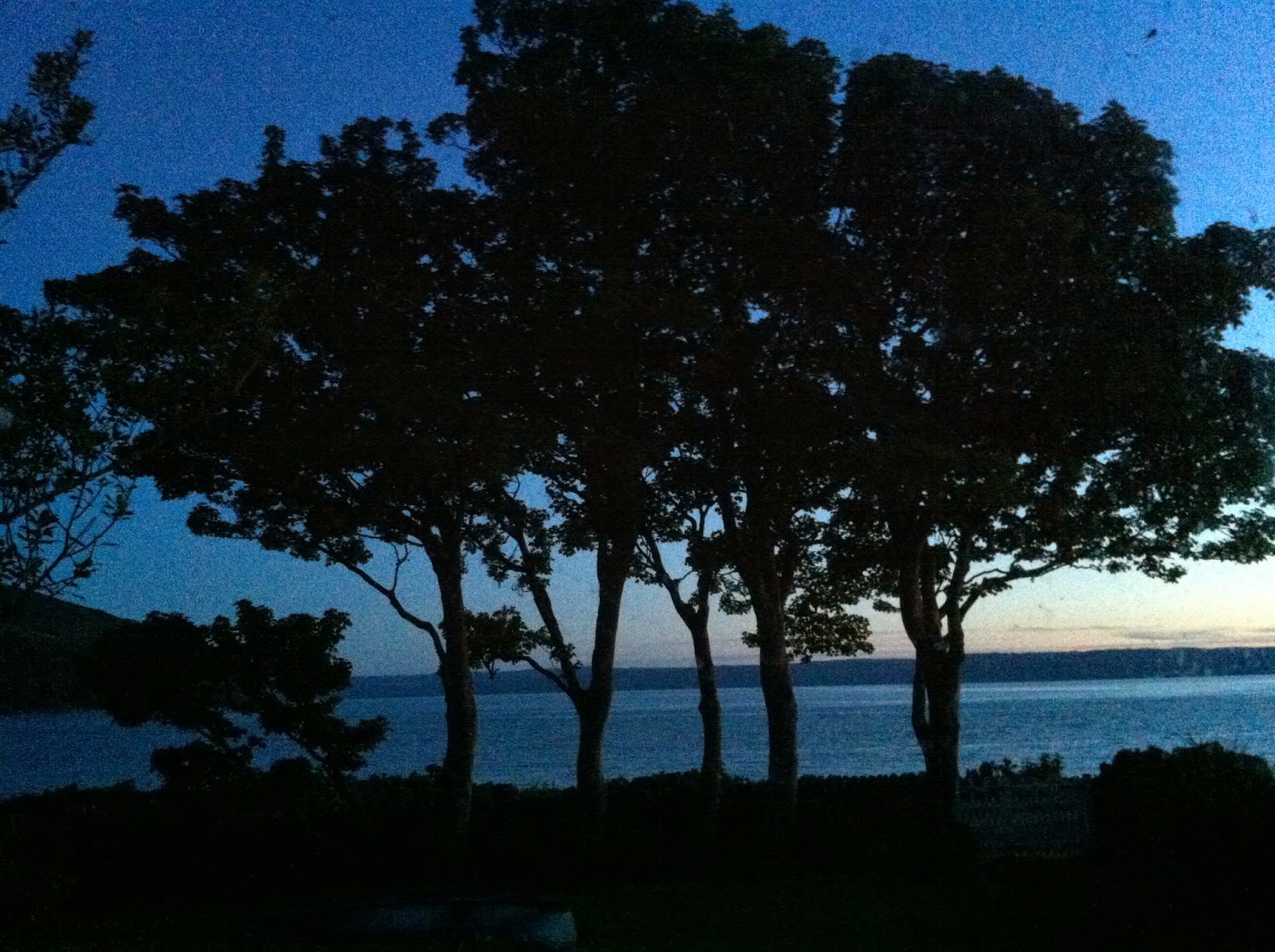 You read a LOT! That's the best kind of vacation--the reading kind. When I go to the beach, I'll read for six hours a day or more.

Lots of good recs. Thanks!