Wednesday Review: Everything I Know About Zombies I Learned in Kindergarten 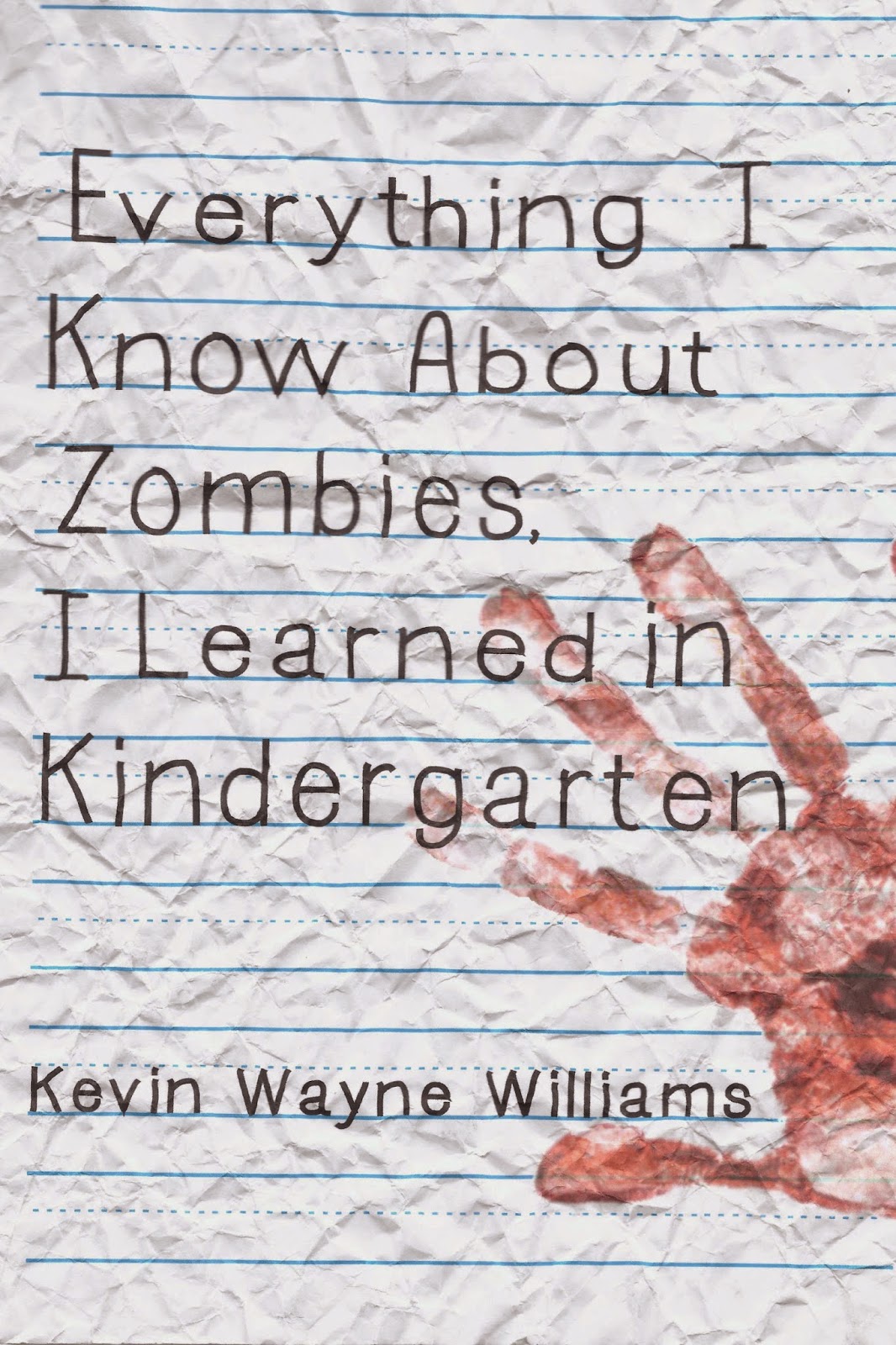 A case of choosing a book by its title...

Letitia is nine years old, living in foster care and looking out for her five-year-old sister, Jahayra, as best she can. So when a horde of ravenous zombies attack their school, she shoves Jahayra and her classmates into a bathroom and locks the door. When at last the screaming stops and they dare to emerge, their teachers are all (un)dead, the streets are filled with mindless killers and nobody’s mom is answering the ’phone. It’s up to Letitia to look after those kids.

She does a pretty good job too. It’s not long before Letitia and the children have the zombies sussed. Routine, practice and regular bedtimes – that’s the key to coping after a zombie apocalypse. It’s also a good idea to build up a collection of DIY texts showing happy white men rowing boats and digging the garden and catching fish and mending windows (if ever there was a novel advocating literacy, this is it). Letitia quickly becomes the mother to this family, building a home, growing food, providing stability and thus enabling the children in her care to develop their own self-worth and self-respect. But, determined and able as Letitia is, she cannot survive in complete isolation and events necessitate her making contact with adult survivors of the zombie apocalypse.

I’ve seen comparisons made between this story and The Lord of the Flies, but I’m not sure I’d make them myself. The surface similarities are there – the children rapidly become expert survivors, dispatching zombies (and the odd junky) with ruthless efficiency – but, in fact, the underlying group dynamic of the children in this story is much more positive than that in Golding’s book: they survive because they are a group, because they work together and look out for each other, because, in the breakdown of society, they build themselves a better one. Their beast is external, rather than within. There is indeed an almost idyllic feel to the chapters in which the children establish themselves on their island (I’ll note the island – representing both isolation and safety – is almost a defining feature of post-catastrophic fiction), sufficiently so for me to wonder if this was going to be a cosy catastrophe.

That’s not to say there’s no cost to Letitia; the cost is shown plainly in her internal monologue and list making. She’s a humane, flawed creation: clear-sighted, clear-headed and tenacious; ruthless without, whilst, within, questioning why the world is as it is (and not flinching from the obvious conclusion). With some of the other children, it’s less clear whether they survive because they are ruthless or whether the actions necessary for survival make them so. Either way, I appreciated the lack of sentimentality.

As I was reading, I found myself reflecting on the parallels and differences between various imaginings of the world-as-we-know-it’s aftermath. The zombie wave of recent years has largely passed me by, so I’m not the person to comment on whether Williams’ story adheres or not to the finer points of zombie lore. I did, however, enjoy his book tremendously, for reasons that had nothing to do with the bioscience it used to shore up zombies. Everything I Know About Zombies is that highly agreeable thing: a book for adults (don’t, please, give it to your nine-year-old) about children, written largely from a child’s viewpoint, that is not at all childish. That’s quite a clever balancing act to perform, and one at which far more experienced authors have failed.

The thing is, zombies do not a satisfying antagonist make. They are deadly, brutal and relentless, for sure, but their mindlessness, the fact that one zombie is exactly like another in action and intention, means that once you’ve learnt to deal with one, you can deal with all. There are moments of pathos or horror to be had from individual zombies but en masse they aren’t really that interesting, and thus an author needs something else to add tension and drive narrative. Here, something else is other people and, with their entry to the story, Williams shows he is too canny a writer to fall into the cosy catastrophe trap. People are dangerous, and the children face the obvious threats (looters with guns; rulers of petty fiefdoms) but also the more subtle dangers arising from kindly people who mean no harm, but make mistakes. Letitia's world isn't one where, if you make a mistake, you get a second chance, because zombies!! Not complicated, but they do one thing well.

I loved, too, the extremely deft narrative voice, its shifts in dialect with point of view, its wry, sometimes ironic, tone. Moreover, the book gives itself the space to use its characters to explore ideas, important ideas about race, and society, and parenting, about self-sufficiency and inter-dependence and violence. And that’s where the fiction starts holding up a mirror to reality, and why – over and above the wonderful Letitia  – I think this is a book (and a genre) worth reading. I’d suggest that post-catastrophe novels are really about society today. The nature of an imagined apocalypse reflects the fears of the moment and, by choosing what to retain after the world is swept away, an author can let the remaining parts stand for the whole.

It’s not quite perfect (which book is?) and might have benefited from tighter editing: there are a couple of sections (a Christmas party comes to mind) that plot-wise come from nowhere and go nowhere; I also found some of the point of view jumps to new characters in the middle reaches of the book a little disorientating. It is, however, an extremely satisfying book, driven by strong characterisation and total immersion in the experiences of those characters. It’s not a cosy catastrophe (could one even be imagined, in these austere and fearful times?) but the author has absolute faith in Letitia, and so do I.

One to read, even if you’re not a zombie lover.