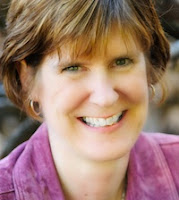 I am pleased to welcome our June guest blogger, Sharon Shinn! Sharon has published 22 novels, one collection, and assorted pieces of short fiction since her first book came out in 1995. Among her books are the Twelve Houses series, Archangel and its sequels, and her latest, the contemporary fantasy The Shape of Desire. She has won various awards, including the 2010 Romantic Times Book Reviews Career Achievement Award in the Science Fiction/Fantasy category. Still Life with Shape-Shifter, a sequel to The Shape of Desire, will be published in October 2012.

Someone once described my books as having gripping plots, believable world-building, hot men, and strong women. Not surprisingly, I loved this description! I work at all aspects of my writing, but the bit about writing strong women? That’s instinctive. Maybe because I’ve been surrounded by strong women all my life. Or maybe because I write the kinds of characters I like to encounter in other pieces of fiction.

I do think my approach to writing women has evolved since I first started publishing. In my second book, Archangel, I wanted to create a grand adventure with really big stakes—the fate of my imaginary world. And I wanted the heart of the book to be a love story between two characters who misunderstood each other at every turn. But I didn’t want the romance to be an adjunct; I didn’t want the hero to save the world while the heroine stood on the sidelines wringing her hands or cheering him on. I wanted the story to be impossible to tell unless both Gabriel and Rachel were on stage, playing their ordained parts.

I followed the same pattern with the other books in the Samaria series. The believer Alleluia can’t save her country without the assistance of the scientist Caleb. Jared’s voice and Tamar’s voice must be raised in harmony to stay the thunderbolts; only Susannah’s communion with the god allows Gaaron to chase invaders from Samaria. And so on. I write love stories because I like them, but I make them integral to each novel because otherwise they’re boring—and by “they,” I mean both the books and the love stories.

I took a slightly different tack with the Twelve Houses books, which I started writing about ten years later. These are all basically sword-and-sorcery adventure books, with lots of brawls, battles, and betrayals. At some point, almost everyone ends up in need of rescue—and my characters take turns saving each other. Senneth breaks Tayse free of the convent; he keeps her safe from Halchon. Ellynor heals Justin after he receives mortal wounds; he saves her from certain death. Even one of the novellas I set in this world requires the two main characters to take turns rescuing the other from peril.

I don’t want my women characters to be the same as men, but I want them to be equals. Senneth is nowhere near as good a fighter as Tayse is, but her magic can burn down a city. Ellynor is softer, more feminine than many of my heroines, but she has a deep connection with her goddess and a powerful well of magic that are every bit as valuable as Justin’s prowess with a sword. When my characters aren’t saving each others’ lives, they’re working together as allies.

Kirra Danalustrous was one of my favorite characters to write, because she’s the whole package. She’s a lady of privilege who knows how to exploit her beauty and her position in life, but as a shape-shifter, she’s absolutely in control of her destiny. She refuses to learn how to wield a weapon, but if there’s a fight, she can take any animal shape and destroy her attacker. No one can hold her against her will—not her father, not the men who love her. Everything she does she does by choice, even when her choices are bad. And that’s the fun of writing Kirra. What kind of boundaries do you put on a woman who can’t be constrained? And what kinds of lessons does she learn when no one can force her to learn them?

As I said at the beginning, I work hard to create intriguing worlds and exciting plots. But when I read, I read for character. I think it’s pretty clear that I write for character, too.
Posted by Heroines of Fantasy at 12:41 PM

Sounds like characters I wouldn't just love to read, but I'd love to WRITE them too. It's a "thing" for women around our ages, that whole damsel in distress vs. cheerleader that used to be such a given in fantasy fiction. I'm glad to see it not as prevalent these days, and sometimes it's actually OK to write those old characters--after all, it takes all kinds, right? But it's good to see it's not the norm, and is often looked askance at.

People coming to the aid (or peril!) of people. THAT is a story. Thanks! And curses! More books for my TBR pile! Thank goodness it's summer.

Sharon, I really enjoyed this post, and it's a lot of fun to have some insights into the characters you write about. I especially appreciate your thoughts on love stories & the role of love within a plot.

Thanks so much for joining us on Heroines of Fantasy. I'm looking forward to reading more of your work.