...it's everything. Think about it. The Cinderella story dates back to 850 AD (the first written version being the Chinese version, Yeh-Shen.) Move it from culture to culture and it changes accordingly. Only the core stays the same: A youngster bereft of a mother figure, an ineffectual father, a festival, an attraction to someone of higher social status,a lost item and the end success of finding it.

Culture, location--they are what change the details of the story. In Korea, Cinderella is Pear Blossom, named for the tree planted on the day she was born. In this one, stepmother sends her out to the rice paddies and tasks her with weeding the whole thing in an afternoon with nothing but wilted turnips to sustain her. Black Ox comes to the rescue, munching away at the weeds as fast as the wind ruffling through the rice. No prince, but a magistrate plucks her out of her sorry circumstances, their marriage making her a noblewoman.

In Ireland, Cinderella is a boy named Becan, and the glass slipper is an old boot. When the stepmother and sisters move in, they banish him to the fields, not the kitchen. There are no dresses and magical coaches, but a dragon to slay and a princess to rescue with the help of a magical bull. Before the princess can thank him, Becan runs off, leaving behind that old boot I mentioned. Can you guess how it ends? 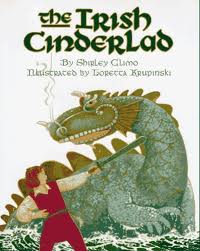 The locations we choose as writers dictate the details of our stories. Whether we use the European-based, medieval setting we all know and love, or something more exotic, a reader is going to expect the culture to ring true. I thought about this because of Mark's post on taverns last week; taverns and pubs are as universal as Cinderella, but they vary by culture. They look different, sound different, smell different. The thing they have in common is alcohol...and, of course, the drunken songs.

When I needed a "tavern" in Finder, I couldn't call it that. I couldn't make it look like the Prancing Pony. My world has a Middle Eastern, desert setting. I called it a doovah, borrowing very loosely from an old Arabic word. I gave it one open wall whether the others were cloth, hide, or stucco/stone. The characters didn't drink whiskey; they drank sambi (again, borrowing from an old Arabic word.) I did, however, let them drink beer and wine. They are as universal as Cinderella. 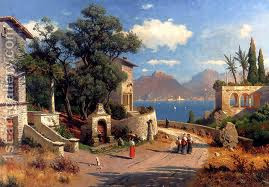 Creating worlds comes with all the god-like glory implied; it also comes with responsibility. If borrowing from Italy, keep the culture Italian. Use lots of terracotta and stone buildings and olive trees. Put a pagoda in your village square, or a stone circle in your cornfield, and you're not only leaping out of your setting, you're blending cultures in ways that will make savvy readers put your book in the freezer, and the less savvy ones wonder why the book suddenly doesn't seem as good as it did before.

Blending cultures, languages, even physical characteristics speaks of conquest, an efficient and successful method of transportation over vast distances, migration. I play with this sort of thing in A Time Never Lived, using this blending as a way of showing the clash of cultures. If you do have a cornfield in an Italian setting, or a pagoda in your village square, you'd better have a reason, and you'd better know that reason, because someone will call you on it.

Do we have to borrow to create fantasy worlds? In my opinion, yes, and in doing so, we have to be diligent about being consistent about it. Trying to create something that doesn't touch on a culture in our own world doesn't seem possible. I am open to being shown I'm wrong! I never pass up the opportunity to learn something new.

What a fun post, Terri! Where did you find so many Cinderella stories? I like the name Pear Blossom.

Funny I haven't yet found a place for taverns in my novels. Not that taverns don't exist in Eolyn's world; I guess they just weren't that important to the story at hand.

Although I guess one could call the Circle a traveling tavern, of sorts. Corey would probably like that. ;)

Karin, there are dozens of Cinderella stories. Chinye in West Africa, Tattercoats in England, The Rough Face Girl (Algonquian,) Naya (Inuit,)Rhodopis from Egypt, Tam Cam in Vietnam. The list is endless. Some number the stories at 340, others say there are more than 3000 versions of the same story, told through different cultures. You know me--I love this stuff. That's why I couldn't resist using it in ATNL. :)

Yes, Corey WOULD like the idea of being a traveling tavern. The Circle really WAS!