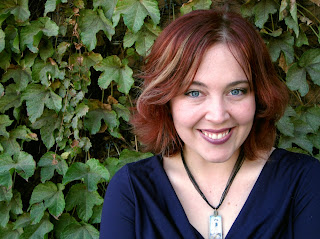 This week we welcome Tessa Gratton, author of Blood Magic and Blood Keeper.  Tessa has wanted to be a paleontologist or a wizard since she was seven.  She was too impatient to hunt dinosaurs, but is still searching fro someone to teach her magic.  After traveling the world with her military family, she acquired a BA (and the important parts of an MA) in gender studies, and then settled down in Kansas with her partner, her cats, and her mutant dog.  You can visit Tessa at TessaGratton.com

From about age 8, my goal in life was to be a great wizard. The sort who’s discovered randomly in the fields one day and taken to a dark tower where she’s alone with her teacher for at least a decade, learning about mathematics and alchemy in order to control the natural world with a complicated ritual. Possibly also I’d have a griffon familiar.


Because it’s the little things.


By the time I was in high school I realized that a) a wizard master would be nearly impossible to find, and b) probably it was for the best, because I was likely to turn out a very DARK wizard. The world is better off for my not having phenomenal cosmic powers. The next best thing was to be a writer. 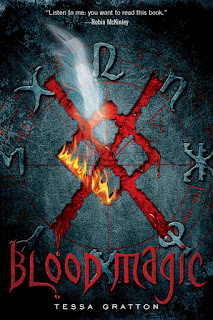 I wrote loads of stories about wizards and magic and fantastical worlds, but by the time I started Blood Magic, which would become my first published novel, I was thinking about magic very differently. It was a more intimate thing, tied to prayer and desire, not grandiose plots and world domination. I read everything I could get my hands on about “real” magic around the world. Religious rituals, witchcraft from all ages and countries, folklore and fairy tales – in all of these places, magic was about the heart, about balance and sacrifice and nature. Heroic magic hinged on simple choices instead of geometry.


And it was darker than anything I’d imagined. Animal sacrifice, blood magic, resurrection, cursework; all of these things exist in our world, in our major religions. I became desperate to explore them in a modern setting.


I started the story with character, of course, with family and relationships and loss, but when I began to build the magic my main questions were:

How far do you have to go for this magic?

How far can you go and still be a hero?

How bad can I make it?

Where is the line between my hero and my villain and the magic they each use? 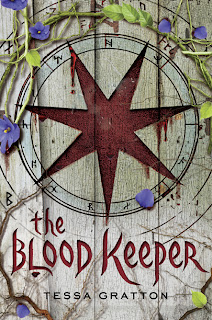 There are three voices in Blood Magic: a girl, a boy, and the villain. I follow the villain’s descent into darkness in order to highlight the choices she makes that drag her down, to parallel her with the modern girl who struggles with the same dark impulses, but chooses more selflessly.


What makes dark fantasy thrilling and scary is that it’s not about world domination or creatures, it’s that the monsters are us. They’re reflections of who we are, or who we could be. Darkness in stories lets us explore ourselves, lets us look the monster in the face and relate to it.


My 8 year old self would have assumed that Blood Magic would be about great alchemy and warring wizard kingdoms, but instead it’s just about a girl trying to figure out who to become. Her magic is dark dark dark, but intimate and immediate and personal. It reflects her heart.


It reflects my heart.
Posted by Heroines of Fantasy at 5:46 AM

Thank you for this peek into your head, Tessa. It's a bit dark and scary in there! But fabulous, nonetheless.

We wanted similar things as children. I wanted to be an archaeologist, and that was before Indiana Jones. It was the best combination of adventure, history and writing time I could think of.

I do confess, I never aspired to wizardom, though I've been known to brew a potion or two.