The Unexpected Pressure of an Unfinished Series 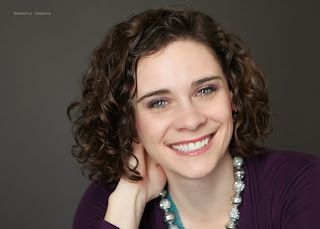 I am delighted today to welcome DelSheree Gladden as a guest on Heroines of Fantasy.  I met DelSheree at the online workshop theNextBigWriter.com.  Since then, she and I have kept in touch with each other as we've embarked on separate but parallel paths of publication.  DelSheree's YA fantasy novels are wonderfully dark and incorporate the culture and mythology of the Southwestern United States.

DelSheree lives in New Mexico with her husband and two children.  The Southwest is a big influence in her writing because of its culture, beauty, and mythology.  Local folk lore is strongly rooted in her writing, particularly ideas of prophecy, destiny, and talents born from natural abilities.  When she is not writing, DelSheree is usually teaching yoga, coaching gymnastics, reading, painting, sewing, or working as a Dental Hygienist.  Her publications include Escaping Fate, Twin Souls Saga, and The Destroyer Trilogy.  DelSheree's newest series, Someone Wicked This Way Comes, follows Vanessa and Zander Roth, siblings with an uncontrollable hunger for pain and suffering that will either gain them limitless power or lead them to their deaths.

You can also visit DelSheree Gladden at her website.

The Unexpected Pressure of an Unfinished Series

Normally, by the time I am ready to publish a book, I have the entire series written. There is a certain sense of relief I experience while writing when I know that if I change my mind about a character or plot point in book three, I can go back and change book one or two without upsetting any readers. 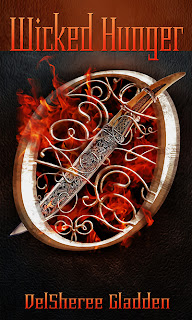 Wicked Hunger is the first book I have published without the series being completed…and it is driving me crazy! I hadn’t planned on publishing Wicked Hunger for a while (until books 2 and 3 were written), but when I was offered a publishing contract, I got excited, got ahead of myself, and signed on the dotted line.
Great, right?
Except now I can’t seem to finish the half-written book two, Wicked Power. I am too bogged down worrying about how the rest of the series will progress and whether or not I have everything just so in book one to get there.
So what did I do to cure this bit of writer’s stage fright? I basically got myself into the same mess with two other series! Needing a distraction, I turned back to the first book I published, which hasn’t had great sales, and decided it would fare better as a series. So I wrote a second book, and now have plenty of rewrites to worry about as beta readers give me feedback. Still too distracted by pressure to finish Wicked Power, I decided to finish a different half-written novel, temporarily titled “Invisible.” Wondering if the project was interesting enough to continue, I arranged to have it featured on Wattpad. The response has been great, but I still have 4 chapters to write, and probably editing and rewrites as well…not to mention readers are already asking for the next book.
Clearly, I need a better solution to the difficulty I’m having on Wicked Power.
For those who haven’t read Wicked Hunger, it is the story of the Roth siblings, who are cursed with a terrible hunger for pain and suffering. The origin of their curse remains elusive, but the danger it poses is very clear. It becomes even clearer when Ivy walks into their lives. Zander is immediately enamored with Ivy despite the fact that Vanessa is convinced she’s only there to destroy them.
Wicked Power will follow Van and Zander as they explore the Godling world and try to figure out who, if anyone, to trust with their lives. There are a few key aspects I’m still ironing out, but I aim to have it available early next year. I hate to keep readers waiting too long and I suspect that in the end, that will be what finally gets me through the block I’ve been experiencing with this book. The encouragement and enthusiasm I receive from my readers has never failed to spur my creativity and push me to finish a project.

Vanessa and Zander Roth are good at lying. They have to be when they are hiding a deadly secret. Day after day, they struggle to rein in their uncontrollable hunger for pain and suffering in order to live normal lives. Things only get worse when Ivy Guerra appears with her pink-striped hair and secrets. The vicious hunger Ivy inspires is frightening, not to mention suspicious.
Vanessa’s instincts are rarely wrong, so when they tell her that Ivy’s appearance is a sign of bad things to come, she listens.  She becomes determined to expose Ivy’s secrets. Vanessa tries to warn her brother, but Zander is too enamored with Ivy to pay attention to her conspiracy theories.
One of them is right about Ivy … but if they lose control of their hunger, it won’t matter who is right and who is wrong. One little slip, and they’ll all be dead.


Purchase your copy of Wicked Hunger on Amazon or Barnes and Noble online. 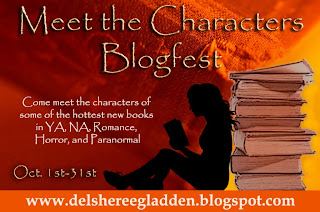 Thanks so much for being our guest this week, DelSheree! It's amazing how you manage to balance so much writing, marketing & publishing with your family and day job. Good luck bring the Wicked Hunger series to a close. I enjoyed the first book and look forward to reading the second.

Your only block is YOU! Just do it. Don't worry about what you won't be able to do later. That was a perk you experienced before, but no longer can. Ah, the joys of success! :)

Just think of it this way--maybe you can't change book one or two to jibe with something you want in book three, but you'll have to see book three in a different way, a new and better way that it might not have gone had you been able to rearrange earlier volumes.

Good luck on all this, DelSheree!

I can completely relate to this problem! I have one book left to finish in my trilogy and I just can't seem to find the words to put on paper. I keep hoping that taking a short break will help but the short part is getting longer and longer.

Sorry for being so slow to say thank you for inviting me on the blog, Karin! Life has been crazy lately.

Terry-Lynne, you're totally right about having to see the books in a different way if it's not just how I pictured it after the first book.