Before contacting our reviewers, please read our Review Policy. 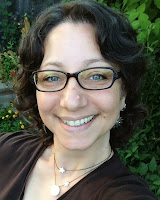 JULIA DVORIN is a woman of many hats and little sleep, who combines writing with parenting two young boys and directing an ongoing art project called “Fly Your Freak Flag High” (FYFFH). Julia holds a BA in Sociology and Women’s Studies from University of California, Santa Cruz, and an MA in Sociology from University of California, Santa Barbara. In 2010, Julia’s novelette “Cupid For a Day” was published in the Renaissance Festival Tales anthology from Hadley Rille Books. Her debut fantasy novel Ice Will Reveal was published by Hadley Rille Books in November 2012 and reviewed positively by Publisher’s Weekly as a “straightforward, traditional quest-driven fantasy...[with] strong female characters.” Find out more about Julia and her writing on her website www.parentheticals.com, or on Facebook at www.facebook.com/juliadvorinauthor.

Julia is interested in reading both fantasy and science fiction, though fantasy is her most abiding love. She prefers books with deft prose, well-developed, quirky characters and intriguing, otherworldly settings—though some adventurous action and/or a splash of romance is good, too! 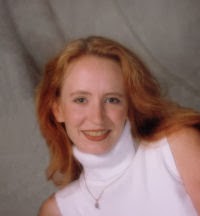 She is an active member of Romance Writers of America, and her local RWA chapters, Heartland Romance Authors, Midwest Romance Writers, and North Texas Romance Writers of America.
Claire lives in Missouri with her two toddler sons, and too-many horses, cats, and dogs. In her “free” time, she enjoys cooking, winning at Rummy, studying Ancient Civilizations, and spending quiet moments with her family, including the critters. She credits her success to her family's constant support and endless patience.

To learn more about Claire, visit her on the web at www.claireashgrove.com, or www.toristclaire.com.


EVE BRACKENBURY is a City poet and Suburban Bookseller who lives at the edge of nowhere next to a lazy bend in the river. Eve's poetry often reflects both rural and urban landscapes. "Her poetry," one reader pointed out, "is always sexy." Regardless of content or subject matter, Eve finds the seduction in life. She can write about heartbreak or a rainy afternoon, and still find something sensual in the moment. She frequently reads her poetry at many of Kansas City Open Mic venues. She works as a Creative Writing and English tutor and hosts Poetry Workshops. When she's not busy writing and performing, she's selling books at Prospero's Parkside Books in Blue Springs, MO. Eve is also host to the Wordstock Poetry Festival held each year in Sibley, Missouri. 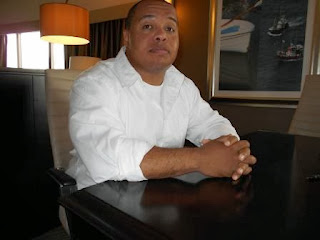 CARLYLE CLARK was raised in Poway, a city just north of San Diego, but is now a proud Chicagolander working in the field of Corporate Security and writing crime and fantasy fiction. He has flailed ineffectually at performing the writer's requisite myriad of random jobs: pizza deliverer, curb address painter, sweatshop laborer, day laborer, night laborer, security guard, campus police, Gallup pollster, medical courier, vehicle procurer, and signature-for-petitions-getter. He is a married man with two cats and a dog. He is also a martial arts enthusiast and a CrossFit endurer who enjoys fishing, sports, movies, TV series with continuing storylines, and of course, reading. Most inconsequentially, he holds the unrecognized distinction of being one of the few people in the world who have been paid to watch concrete dry in the dark. Tragically, that is a true statement.

CHRIS GERRIB'S first novel, Pirates of Mars, came out from Hadley Rille Books in February, 2012.  He admits to being a bit obsessed with Mars, but in a healthy way.  Chris still has a day job as the IT director at a Chicago-area bank, and holds degrees in history and business from the University of Illinois and Southern Illinois University.  He also served in the US Navy during the First Gulf War, and can proudly report that not one Iraqi MiG bombed Jacksonville, Florida while he was in the service.  In his copious free time, Chris is a past President of and currently active in his local Rotary club.

Chris is a fan of space opera, hard SF and military SF.  Basically, he’s a plot-oriented guy, but your characters need to work as well.  (Chris does not like the smell of cardboard in the morning!)

Chris blogs at http://chris-gerrib.livejournal.com.   His web page, including links to buy his book, is at www.privatemarsrocket.net

HARRIET GOODCHILD lives in Edinburgh. She has a PhD in circadian biology, which has left her able to sex a fly at sight from any angle, and knows how to make plants glow (as well as grow) in the dark. Her novel, After the Ruin, will be published by Hadley Rille Books in March 2015; two collections of her short stories, Tales from the Later Lands and An End and a Beginning are also available. Her Amazon author page is here.

She enjoys reading historical fiction and fantasy with a literary bent and would list A.S. Byatt, Ursula K. Le Guin, Hilary Mantel, Rosemary Sutcliff and Diana Wynne Jones amongst her favourite authors. When Harriet is not reading she is probably listening to folk music. 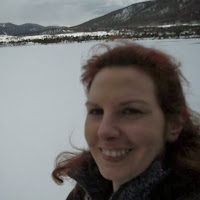 CYBELLE GREENLAW received her B.A. from UMKC with a double major in French and Classical Studies. Since then, she has spent many years studying and working abroad. She obtained an M.A. in Classical Studies from University College Dublin in 1998 and a PhD in Classical Art/Archaeology from Trinity College Dublin in 2005. Through Chancellor College/University of Malawi, she taught undergraduate courses in Greek philosophy, gender in the classical world, and Greek and Roman art. More recently, she completed an Academic Library Fellowship awarded by the University of Missouri-Columbia. Now she works as an adjunct instructor at LCI/Park University.