Note that our coordinators and regular contributors do not accept queries for book reviews. If you would like to submit your novel for a review by Heroines of Fantasy, please see our Review Policy and visit our List of Reviewers.  Thank you!

﻿﻿
KARIN RITA GASTREICH lives part of the year in Kansas City and part of the year in Costa Rica.  In addition to the novels Eolyn and High Maga, Karin has published fantasy fiction short stories in Zahir, Adventures for the Average Woman, 69 Flavors of Paranoia, and World Jumping.  Her new novel Daugher of Aithne is scheduled for release in 2014.  A recipient of the Andrews Forest Writers Residency, Karin is an ecologist with a specialization in animal behavior. She draws much of her inspiration from the natural world.  Her past times include camping, hiking, music and flamenco dance.

TERRI-LYNNE DEFINO began her writing career at age seven with the short story "The Fire-Breathing Dragon."  Her mother still has all ten stapled-together pages in a box someplace.  Terri attended the 2007 Viable Paradise X workshop, where she studied with Teresa and Patrick Nielsen Hayden, Laura Mixon, Steven Gould, Debra Doyle, James Macdonald, James Patrick Kelly and Corey Doctorow.  Her novels FINDER, A Time Never Lived, and Beyond The Gate, as well as her original fairy tale, Jingle, are currently available from Hadley-Rille Books.  Terri-Lynne currently lives in rural Connecticut with her family, her cats and the various magical creatures that end up in her stories or on her walls.  She runs an additional blog Modesty is for Suckers. 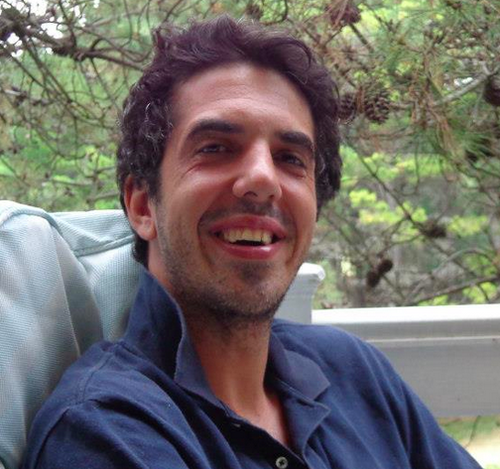 GUSTAVO BONDONI was born in Argentina, which, he believes, makes him one of the few - if not the only - Argentinean fiction writers writing primarily in English. He moved to the US at the age of three because his father worked for a multinational company that bounced him around the world every three years. Miami, Zurich, Cincinnati. He only made it back to Buenos Aires at the age of twelve, by which time he was not quite an American kid, not quite a European kid, and definitely not Argentinean! His fiction spans the range from science fiction to mainstream stories, passing through sword & sorcery and magic realism along the way, and it has been published in fourteen countries and seven languages to date. You can visit Gustavo at gustavobondoni.com.


MARK NELSON is a career educator and for the last twenty-two years has been teaching composition and literature at a small high school located in the rain shadow of the Cascade Mountains in eastern Washington State.  He is happily married to his best friend and fellow educator, and together they have raised three beautiful daughters and one sem-retired cat.  Words, music, food and parenting permeate his life and serve as a constant source for inspiration, challenge and reward.  To temper such unremitting joy, Mark plays golf: an addition that provides a healthy dose of humility. 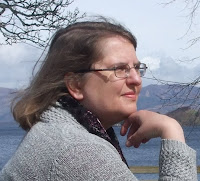 Born in Glasgow, LOUISE TURNER spent her early years in the west of Scotland where she attended the University of Glasgow. After graduating with an MA in Archaeology, she went on to complete a Ph.D on the Bronze Age metalwork hoards of Essex and Kent. She has since enjoyed a varied career in archaeology and cultural resource management. Writing has always been a major aspect of her life and at a young age, she won the Glasgow Herald/Albacon New Writing in SF competition with her short story ‘Busman’s Holiday’. Louise lives with her husband in West Renfrewshire.


Her first novel, FIRE AND SWORD, is set in the turbulent period which follows the murder of King James III of Scotland, and the succession of his son, the future James IV.  At its heart is the struggle endured by John Sempill of Ellestoun, a young man who finds his future put in jeopardy  when his father dies fighting for the losing side.
You can visit Louise at www.louiseturner.co.uk.

KIM VANDERVORT began writing at the age of eleven as an outlet for her overactive imagination.  Since then, she has written a variety of mostly-unpublished pieces that will never see the light of day.  After attending Viable Paradise XI in 2007 her writing and marketing skills improved, enabling her to transition into publication.  Her first short story, "The Librarian of Talimbourne," appeared in the anthology Ruins Metropolis in 2008.  Since then, she has published a Renaissance Faire fantasy novella entitled "Faire Aria" and the first two novels in an ongoing fantasy series: THE SONG AND THE SORCERESS and THE NORTHERN QUEEN.  CHRONO MECHANICS, a collaborative departure from more traditional fantasy settings into the bold new worlds of time and space, is her third novel, and will be released later this year. She currently lives in Southern California, where she spends a great deal of her spare time operating a taxi service for her two beautiful daughters.  When not writing, she teaches English Composition at California State University, Fullerton, where she earned a Master’s degree in Medieval Literature in 1999.

ERIC T. REYNOLDS is editor-in-chief and founder of Hadley Rille Books. He has edited over twenty highly acclaimed anthologies, collections, and novels, and has had short fiction published in several small press publications.  He has also had several non-fiction articles published about space exploration history and history of technology.  Eric is a former member of SFWA and Broad Universe.  In the best tradition of small press editors, Eric wears many hats, and this is just as true at Hadley Rille Books as it is on Heroines of Fantasy.  Eric writes regular guest posts for HoF, participates in our discussions, and will occasionally even review a book.  You can visit Eric at his blog for regular updates with Hadley Rille Books, including calls for submissions.