The Value of Tradition 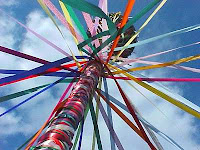 May, the turning of the season, is a time for rituals, traditions, and celebrations.  When I was a young girl in Arizona, my schoolmates and I would step outside the monotony of the classroom every May 1st to twirl colorful ribbons around the maypole.  On Cinco de Mayo a few days later, we would don sombreros and learn traditional Mexican dances.  Other, lesser rituals followed later in the month: annual band concerts and talent shows, report cards, scrubbing down desks and packing up classrooms for the summer.

While I didn’t always understand the cultural significance of May Day or Cinco de Mayo at the time, the importance of ritual itself—the sameness, the excitement, the knowledge that so many before had walked these same steps and so many after me would follow—made me feel a part of something greater and more significant than myself.  I, the annoying geek, last chosen for sports and happier with a book than a ball, was no less special than those around me.  I was a small cog in a bigger wheel.  Despite my idiosyncrasies and inadequacies, I belonged.

As I grew older, the importance of these and many other rituals, as well as the history behind them, gave depth and meaning to the cultures I studied, the movies I watched, and, most importantly, the books I read.  Rituals, whether they are to celebrate fertility or praise the turning of a season, to mourn the death of a loved one or honor a life well-lived, define cultural boundaries and expectations.  They also define character (or lack thereof).  Whether or not a character chooses to pray or how one follows or defies societal norms and expectations can reveal a great deal in very few words. 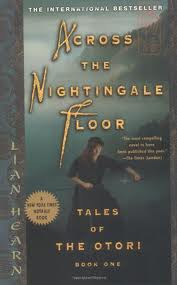 Currently, I’m working my way through Martin’s A Clash of Kings, the second in his Game of Thrones series.  The characters often refer to “the old gods and the new,” giving some weight to the world, but it wasn’t until I read the scene in which Catelyn Stark seeks out a sept and prays to the Seven that I really understood who these gods were and appreciated the depth of her beliefs.  The scene gave a gravity to the world that made it so much more real for me.  Say what you will of Martin; he does a bang-up job of worldbuilding.  Similarly, Lord of the Rings, the gold standard of fantasy, also features well-worn worlds steeped in rituals and time-honored traditions, and one of my favorite, lesser-known series, Lian Hearn’s Tales of the Otori fully develops a Japanese-inspired world defined by tradition.  Ken Scholes’ Psalms of Isaak explores the darker side of rituals with religions steeped in torture and blood sacrifice; the conflicts that arise from the impending spread of this religion drive his series toward its conclusion.

Whether the author borrows heavily from past cultures or creates its own rituals and traditions, whether the acts and emotions of those involved are private or public, highly personal or shared by a nation, one thing is for certain: as in real life, rituals and traditions give the characters—and the readers—a greater sense of belonging.  They give weight to a fictional world; like the layer of dirt on Aragorn’s cloak, they make a world feel less new, less tidy.

I’d love to hear how rituals and traditions play a role in what you’re reading (or writing)!  How do they impact the fiction we love, or love to hate?

posted by Kim Vandervort
Posted by Heroines of Fantasy at 10:00 PM

I have found few fantasy writers (and in fact, can think of NONE) who are not also fairly obsessed with such ritual and lore. It is part of our genre, I think. Some are more adept at it than others, some give it more importance than others, but to understand a culture (and to create one) you have to know their ritual, the stories they tell their children, the holidays they celebrate and why.

In A Time Never Lived, I've tried to get across the idea that the cultures, no matter how diverse NOW, were once ONE. Elements of ritual and lore will be universal at the core, no matter how much it has changed to the environment into which it migrated. If one really looks at it (and if I've done a good job of displaying it) you can actually start to build a roadmap to what that first dominant culture was by the gods they worship, and what they look like. And if you don't notice, it's fine too--it's just there for ME, and for those who will actually notice.

Fabulous post, my dear. I love to think about little geektoid Kim, dancing the Maypole. :)

So does anyone remember that wonderful opening number from "Fiddler on the Roof" entitled 'Tradition'? I've had it running through my head ever since I saw the title of this post.

I'm reading a charming YA novel entitled 'The True Adventures of Charlie Darwin' (a gift from a sister who knows me too well...)and there's a scene in the first chapter in which Charlie describes in detail the daily rituals of his family, when his father returns home. Ritual and tradition is fun that way -- it speaks to big festivals celebrated by an entire nation, as well seemingly mundane details that define a family.

I really enjoyed "Across the Nightingale Floor", (though not enough, apparently, to complete the series). It was fun to read a story set in medieval Japan. I may have to return to Hearn's other novels someday.