Greetings, Gentle Readers! I would like to welcome this month's guest poster, Eric Griffith. I know Eric as my good friend, fellow graduate of Viable Paradise XI, and Hadley Rille author. His official bio is much fancier: 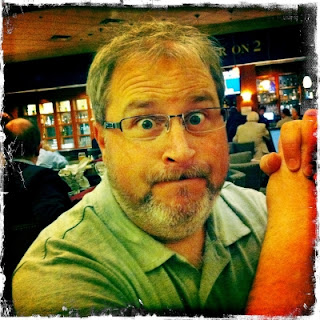 Eric narrowly averted a career in food service when he began working in tech publishing almost 20 years ago. By day he works as the features editor for PCMag.com. By night he sneaks out of the house to write fictions. He lives in Ithaca, New York, with his girlfriend and dogs. A sequel to his book KALI: THE GHOSTING OF SEPULCHER BAY should be out before the end of the year.

When my beloved friend Kim asked me to write a post for Heroines of Fantasy, she said I could write "about any topic related to writing, reading, or publishing." She has, of course, left me in "selection paralysis" where I can't pick anything!

It's a good problem to have. Too much choice is better than no choices at all. Writers have all the power when it comes to what gets typed in the word processor. And one of the choices I always make when I'm writing is knowing exactly who is playing each character.

Yes, characters can and do become "people" in and of themselves. Sometimes. Writers should probably know our protagonists or point-of-view character(s) (they ain't always the same) backwards and forwards. But when starting out, even the most meticulous author, even the one who's written an encyclopedia of backstory that rivals the Dungeons & Dragons source books, might not know exactly how a character is going to react to things. Or sound. Or even what they look like! 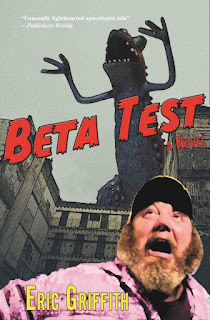 My solution, and one I recommend to all writers, is casting: in your mind, affix a real person to that character. Not necessarily a really-real-person from your life, such as family of friends. Though that does work: For my first novel, BETA TEST, I based the two main characters on friends of mine. I went so far as to make sure my friend Dan, the inspiration for the character Sam, was featured on the cover! Why hire a model when the guy who looks the part is already available? (Now, if only he'd stop hounding me for a "modeling fee.") As long as you change enough—especially the names—you won't get sued.* Be smart: don't make the wicket witch character look exactly like your mother-in-law. At least not enough for her to notice the resemblance.

Thankfully, you have all the choices in the world. The best choice is to pick Hollywood actors and actresses who you'd like to see in the movie version of your story. Don't stick to just living thespians. Imagine your high fantasy has a villain played by Humphrey Bogart, going up against a princess who looks just like Abigail Breslin—but when she was still young and Little Miss Sunshine. Don't limit yourself to actors alone: politicians are good. They make especially effective villains or jesters. There's also the world of sports, news, etc. As long as you can picture the person and hear their voice as you type, you'll have the perfect cast.

For example, at various points in BETA TEST, there are characters who—in my head—are clearly played by Jack Black, Morgan Freeman, Valerie Perrine in the 70s, and a young Steve Buscemi. If you can pick them out and tell me who's who, well, you don't win a prize, because that just means I did a good job. I should get a prize! 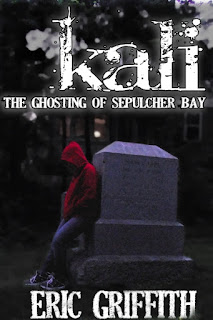 In my series KALI, about a girl with a ghost problem, I've always had one actress in my head who has the look I wanted for Kali – her name is Dilshad Vadsaria, I first saw her on a TV show called Greek, more recently on Revenge– but I have never seen her as a teenager. I was forced to extrapolate this 30-year-old woman who played a 20-year-old college student down to age 15 in my head. That sounds creepy, but for my totally innocent (I swear!) and creative purposes, that exercise worked. It might not have if I had not also written out a bio for Kali that covered as much of her fifteen years of a life living with the dead as possible. So I knew her personality before I even had her cast.

It's a delicate balance to get exactly right, but one I find my writing goes much easier if I'm able to cut-and-paste a picture into that bio. And don't be afraid to re-cast. You're the director here, you can decide if someone even more suited the part comes along.

*No guarantees. I'm not your damn lawyer.

~Posted (late) by Kim Vandervort
Posted by Heroines of Fantasy at 5:07 PM

I often assign actors and other well-known persons to my characters. Frex: Bradley Cooper is Ethen (Finder.) Daniel Craig (as he appeared in Elizabeth as the crazy zealot) is Wait (Beyond the Gate.) I have images of people trapped in time for most of my characters. It really, REALLY helps. Makes them someone easily recallable.

Of course, neither Mr.s Cooper nor Craig could play these charactes when the movie is made (wishful thinking) because they'll be too much older than they were when they became MY versions of themselves. But one can dream!