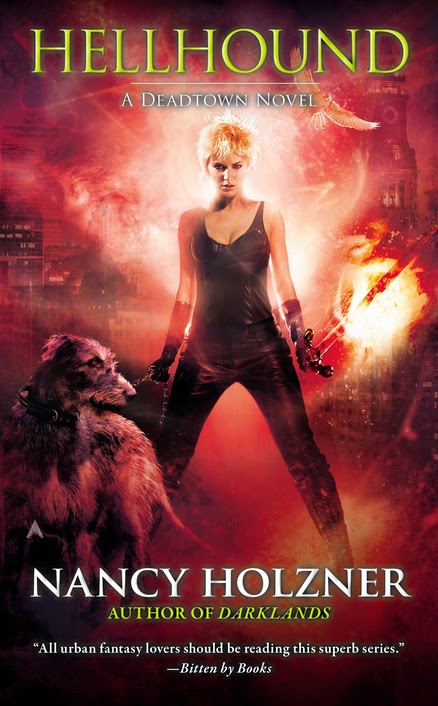 
Nancy Holzner is the author of the DEADTOWN urban fantasy series, published by Ace.
Posted by Heroines of Fantasy at 4:00 AM

The other thing I hear a lot is "I don't get fantasy."

What's not to "get?" It's a story, like any other, with characters and goals and conflicts and motivations. Great post, this. I will be quoting it in the future.

The other one that makes me wince is when I say fantasy and someone replies, "Oh, like Harry Potter?" And, to avoid saying "adult fantasy," which always brings the porno-connotation, I usually end up saying, "No, like Lord of the Rings," because while I hold no delusions about my work being as important, it's typically the only adult fantasy most people recognize.

nice to see you Nancy! I have a hard time when I tell people I read Urban fantasy, so I use the True Blood example or any of the popular TV shows.
I like it when the author doesn't give every little detail in their world, but leaves some up to the readers imagination which will make connection to their own lives and therefore bring the reader in. Some epic fantasies and science fiction are so detailed I get frustrated trying to wade through and find the character's story.

And I love your books! It's definitely true that your characters seem very "real."