I started writing a blog post about coming back after six months away from blogging on Heroines of Fantasy, about the turn of the year and the creativity winter inspires...then I went to World Fantasy Convention in Washington, DC last weekend, and my tack shifted.

Pretty staggering, eh? If you look over the nominee lists for the awards, the predominance of the male nominees outweighs the number of female nominees by an even greater margin. I got the inkling to look into this while in DC last weekend, when Karin (Gastreich) whispered to me, upon sitting in on one particular panel, "Why are all the panelists men?"

To be fair, there was generally a pretty good mix-up of male and female panelists. But it got me thinking about the WFCs I've attended alone, and I realized most of the GoH have been men. Just look at the Guest of Honor list for this year:
Guy Gavriel Kay (m,) Les Edwards (m,) Stuart David Schiff (m,) Lail Finlay (f) 3:1
Hmmm...Thankfully, our Toastmistress was the formidable and fabulous, Mary Robinette Kowal.

Let me make one thing clear--I have nothing against men, these men or any others. They are brilliant and beautiful and grand. Guy Gavriel Kay happens to be one of my all-time favorite writers. The talented gentlmen who have been dominating the industry for so long don't do so because they lack talent. In fact, the onus does not lie on the winners and honorees, in my opinion, but on the committees, editors, and voters that choose them.

Whether we like it or not, the science fiction, fantasy, and horror genres still seem to be male-dominated. But do these numbers ring true? Really? I could tick several dozen talented, successful female writers in the genres without stretching. Maybe it's because I am a woman who reads and writes books I, myself, would like to read, but I never seem to be lacking for reading material penned by others of my sex. So why aren't we winning more awards? Being honored in our field? It made me inordinately happy to see Patricia McKillip (my ALL-time favorite writer) had won the very first World Fantasy Award (Forgotten Beasts of Eld,) but where is Jane Yolen? Like Diana Wynn Jones and Connie Willis, she was given a Lifetime Achievement Award, but never won for best novel. Susanna Clarke (Jonathan Strange and Mr. Norrell) thank goodness, won her year, but where is Cherie Priest? Erin Morgenstern penned the extraordinary Night Circus, a book that spent seven weeks on the NY Times Bestseller list and won the Locus Award for Best First Novel, and wasn't even nominated. With all the monstrously talented women out there writing amazing things, why do they keep falling short of the prize? Worse, why are they not even being considered for the prize* in the first place?

This is a debate that has been going for about as long as there have been men and women. I have no answers, even if I have some inklings. At the very end of it all, it makes me truly appreciate the small and wonderful press I am with. Eric Reynolds didn't set out to create a female-centric press. It happened slowly, over time, as he got more and more amazing manuscripts by women, about women, and largely written with the female-reader in mind.

Since Eric's time in "the Alternate Universe" (his reference to the coma after his stroke) Hadley Rille Books has been on a forced hiatus while we Heroines of Fantasy learned the ropes and held things together. As he recovers and we come closer to publishing again (March!) I am reminded of the amazing work we've done, of the incredible books we've published, by talented writers who might never have been read otherwise. Being at WFC last weekend reminded me how important it is for presses like Hadley Rille Books to stay alive, to keep publishing, and to work to change the ratios in whatever way we can. 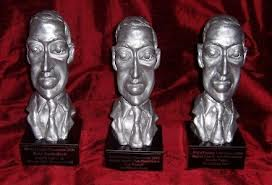 *My focus was World Fantasy. I did not look into the Hugos and Nebulas for the purposes of this blog post, though I am pretty sure of what I would have come up with, had I done so.

Thanks for a very interesting post, Terri! I really enjoyed WFC this year, but it continues to be disheartening to see the persistence with which women are underrepresented, in persons and perspectives, especially given how active we have become in the genre.

Well said, Terri. I wish I could have gone (as you know, Bob--a little author humor there). I think we are doing a great service to female readership and I hope my efforts have played a part. You and the other women you mention have certainly played a significant role, including getting men to accepting yours and the others women's novels as nothing less than expert and fantastic. --Eric T Reynolds