Sex, Sensuality, Eroticism, where do you draw the line? 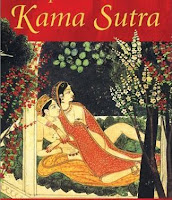 I will never forget the words of my first reviewer-critic, my grandmother, a committed reader, matriarch and saint after she read some of my early efforts, “This is a good story, Mark, but you need to put a little sex in it.”


Hearing those words spoken in grandma-voice, wow, deep emotional scars.  And yet over the years I have come to realize she was right.  That story was good. Some bits and pieces have survived to this day as nuances in The Poets of Pevana and subsequent projects. My grandmother was a pretty savvy gal. She liked her romances on the sensual side. She was a painter, loved sweets (her Divinity recipe is a family heirloom), and understood that no matter how fanciful the tale, certain fundamental qualities should always prevail. Sex is always there. You cannot write people stories, or for that matter, being stories without coming to grips with the concept.


I think this is true in all fiction, especially fantasy, and as writers we all need to make decisions about how we present that stuff. How much is too much? How much allegiance do we owe our intended audience? How much do we allow our characters to set that tone?


I raised myself on the epic good verses evil tomes. I am still a sucker for the form, but I learned early on that once you get beyond the descriptions of the hero’s armor, the fifth heroic comment and save the world from the ubiquitous Dr. Evil type bad guy plot, more often than not what you have is a flat tale full of cardboard cut outs. There’s flesh and then there’s flesh, as it were.


Tolkien’s sensuality comes through in his wonderful language, but the tale is largely devoid of physical sex. Perhaps that is why Boredof the Rings, The Harvard Lampoon’s marvelous parody was so successful.  Practically every page drips with titillation; it is a bathroom joke response. The underlying comment is a criticism of the form: LOTR is great but it risks turning off its audience because, despite the plethora of pair bonds, infatuations and attractions there is absolutely no sack time!


I’m not trying to ridicule my favorite book and author, far from it. I admire the late professor for crafting such a wonderful body of work without having to resort to the sorts of things my grandmother seemed to feel essential.  I don’t think we will ever again have a work with similar restraint be as successful. Martin has shown us the marketing value of ripping fantasy sex, and I doubt the genre will ever be the same. And yet I think there is room here for discussion beyond Martin’s heavy handed use of nudity, body parts and intimacy.  I believe we have to let our characters tell their stories.

In Poets, I started out with the idea of letting things go, playing around with titillation, dalliance and adultery within a framework of a political/religious story.  I recall having to fight for a character’s sensual aspect with my wonderful editor (perhaps the only battle I won in that process J). And yet as I drafted the earliest versions of the novel I quickly came to realize that the characters kept asking me for more realism. One of my least favorite characters early on has become one three drafted novels on: Demona Anargi, the over-sexed wife of Sevire Anargi in Poets. Her only use for me initially was to serve as post-adolescent angst totem for Talyior, one of the poet-main characters. A funny thing happened on the way to the conclusion. I learned Demona’s only weapon in the world she lived in was the sensuality and assets that threatened to turn her into a cliché. I actually found myself toning down some of her scenes because, in the light of her growing reality for me, the way I was using her seemed tilted towards cheap eroticism rather than an expression of her human power and weakness.  And I mean just that. Demona now represents for me one of the most real characters I have ever created. She’s a contradiction—just like the rest of us.


And that is where I think my original question becomes more pertinent: Where do we draw the line between artifice and actual? And in using the motif, how much do we show? For me, the sensuality in my novels has served as a way into the real lives of the characters on the page. I’m a sucker for love. I think there is a place for it in our genre that allows for truth while avoiding rank eroticism. It’s handling that responsibility that makes the characters and the world they live in come alive for us and, hopefully, our readers.


I also think Sam liked Rosie’s curves, Celeborn had a thing for Galadriel’s rack, and Arwen and Aragorn had a great time making up for sixty years of abstinence. Just sayin’.

Posted by Heroines of Fantasy at 6:20 AM

It's always hard to know where to draw the line. How much is right for the story? How much is titilating and how much is just too much? Tolkien works with none. I honestly can't imagine it any other way. There's tons of romance! But it's just THERE, implied, assumed, and sometimes more fantasized than anything else. Arwen and Aragorn? It's GOT to be there, right? The circumstances of their stories proves it, even if we don't get much in the way of actual show-time.

I know the scene you're talking about in Poets! A certain stable-guy and his...convenient squeeze. :) You were right--I concede!

I recently read The Scorpio Races by Maggie Stiefvater. There's no sex, but there is a remarkably intimate scene in which the male character traces on the wrist of the female character. Creating that kind of passion isn't always about getting naked.

I recall a scene in 1984 when Winston holds Julia's hand in a crowd. Orwell devoted a paragraph to the sense impressions Winston receives touching the soft skin of her inner wrist. It is an amazingly physical moment for Winston to have such intimate intimations in the midst of a mob watching a prisoner convoy drive by. Glorious.

I think it's hard to judge Tolkien's work by contemporary standards when it comes to sex and sexuality, as he wrote in a different context from our own, and while his tale is timeless, the audience to which he initially wrote was not.

I also wanted to point out that Martin's novel A Game of Thrones was pretty much devoid of sex scenes, and while he loosened up quite a bit in the subsequent books, I would hardly say sex was the primary marketing element of the series. That has all changed, of course, with HBO's adaptation of the series, where everyone is spending so much time having sex we're left wondering how they ever find time to make war. (SNL did a wonderful skit a few months back where they attributed all the nudity in HBO's GoT to the brilliance of a 13-year-old artistic director...)

I really enjoyed this post. On the whole, I think fantasy could find a better balance between sex and violence -- a little more of the former, a little less of the latter would be fine by me.

Goodness, touching the wrist seems to be used a lot! That was also a climactic scene between Daniel Day-Lewis and Michelle Pfeiffer in Scorsese's 1993 film The Age of Innocence.

It reminds me of Sex Ed back in senior year (yes, SENIOR) of high school when the instructor taught us about the erogenous zones. The wrist, inside the elbow, behind the knee, behind the ear--all intimately connected to arousal.

And the poor man blushed through the whole six week course!

haha! Terri, my 1970s post-Vatican II Catholic grade school was so ahead of your high school! We began getting sex ed in 7th grade. Neener neener neener! ;)

Worse, Karin, was the fact that it was not embraced by the community, and only part of the curriculum because the state said they had to.