In Defense of Sansa Stark 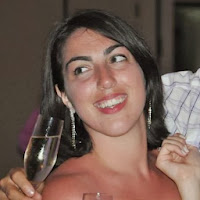 Today on Heroines of Fantasy, we have a special guest--my daughter, Jamie. She came late to Game of Thrones fervor, but she caught it bad. Her Game of Threads posts on Jezebel's sister site, The Powder Room, are a regular feature during the show's airing season. Jezebel's main page is often the site of her snark, but today--she has agreed to grace us with her fabulous presence.
(I might be a little biased, being her mother and all.)

In keeping with Heroines of Fantasy's mission to keep female characters real, viable, and plentiful, Jamie gives us her defense of Sansa Stark. ~Terri-Lynne DeFino

Before in this article you’re embroiled,
And through each sentence you’ve toiled--
If you still yet aspire
To read A Song of Ice and Fire
Don’t read this! The books will be spoiled!

Seriously guys. If you haven’t read the books yet…

*waits patiently for the door to close* Are they gone? Okay fabulous.

Yes. That Sansa Stark. Saccharine, dewy-eyed, froo froo, mean to Tyrion, misguided Sansa Stark. Know that scene in Beauty and the Beast when Gaston shows the townsfolk the image of the roaring Beast in the mirror, and they all get their pitchforks, and Belle is all “No! You don’t understand! He’s my friend!”? That’s how I feel among a lot of Game of Thrones fans when I try to defend Sansa. But, ever the optimist (like Sansa, y’all!), I’m going to do so here, at the request of Mama Bogwitch. In the interest of avoiding “tl;dr”s in the comments, I’ll keep it to a few quick points.

Complaint: Sansa is so girly! Ugh! She’s such a little priss! She always has to be such a perfect lady! Give me Arya any day!

Retort:
Am I going to argue that Sansa is kickass in the same way that Brienne, Dany, or Asha are kickass? Absolutely not. She’s certainly nothing at all like Arya, her plucky (and, if I’m being very honest, sort of stereotypical) sister. I’m not even going to argue that Sansa isn’t “girly.” She’s the definition of cisgender. But here’s my problem, and it very much frames the way I look at Sansa: why can’t we respect strength or intelligence in women unless it subverts gender norms? What does it say that we can only admire a character if their courage is in keeping with traditionally male modes of behavior? One of Sansa’s most oft-repeated refrains is “Courtesy is a lady’s armor.” I feel it is often dismissed by readers, or presented as further evidence that Sansa is only interested in being nice. Yet when Lord Varys flounces about all perfumed, pretty, and demure, hiding his true nature and cunning behind a flowery exterior, we praise his ability to use people’s assumptions to his advantage.

Retort:
While I can’t say she didn’t have a part in the way things went down, she’s eleven. Know what I was doing at eleven? Collecting comic books trading cards and wearing macramé vests. Everyone is stupid when they’re eleven. Furthermore, do you know how many people conspired to get Ned imprisoned? Basically the whole small council, plus Cersei and her minions, plus the Gold Cloaks. Do you think all those people needed the complacency of a little girl to carry out their plot? Above and beyond all that, Joffrey went all wildcard on everyone and decided he wanted Ned executed. So Ned’s death is in no way on Sansa.
Complaint: Sansa just lets things happen to her! She’s passive!

Retort:
After Ned dies and Sansa learns that “life is not a song,” Sansa—a sheltered lord’s daughter who has never spent time among the intrigues of court—is in over her head and she knows it. Rather than immediately leap to what would inevitably be an ill-conceived plot to escape her situation, she spends some time playing to her strengths (remember: courtesy is a lady’s armor) while she figures things out. What happens to her is not pretty, but she lives through all of it. I don’t think a character who went about things more aggressively could say the same.

Complaint: Sansa is so naïve! She trusts Littlefinger! I can’t like someone that stupid.

Retort:
Oh of course not. You would never love a character like that.

(pic of Littlefinger with knife at Ned's throat removed. Many gifs and pics removed. We just won't go into that.)

Posted by Heroines of Fantasy at 5:30 AM

Love the gifs. You are the queen of snark.

I have made it a point to write female characters akin to Sansa. In Beyond the Gate, the criticism I've gotten (and alternately praise) concerned my main character, Linhare. She's nice. She works within the parameters of her own form of power to do what has to be done. Can she wield a sword, well--not really. Can she climb a rope? Can she karate-chop someone in the neck? Not effectively. But she, like Sansa, is of the "Courtesy is a lady's armor" variety.
She is exactly who I wanted her to be. I do have other sorts of "strong" female characters. I love them too, but I, too, can't stand the notion that a woman can only be strong if she's acting "like a man."

Jamie, thanks so much for being our guest today! I can see you inherited your mother's devotion to defending 'underdog' characters. :)

I think the debate about Sansa gets a little confusing because there are two different Sansas: Sansa in Martin's novels, and Sansa in the HBO series.

I think they've done a good job with her character in the HBO adaptation, but I was never too keen on Sansa in the novels.

Here's a little known fact about Sansa: It's also the name of the national airline of Costa Rica. ;)

I do like how the actress portrays Sansa in the series, and I understand they've made her "older" than in the books to make some of the things that happen more acceptable. Despite what I know about the books and the show, I was still surprised when Tyrion asks her how old she is (in one of last season's episodes) she tells him, "Fourteen."
Egads! I do think the books let her stay as young as she is actually supposed to be--giving her that innocence that allows her to both be foolish, and allows her to grow as savvy as Arya. Both she and Dany are SO much older-seeming in the HBO series, it's often difficult to justify the things they do, say, and trust.

Karin-- the only difference between the Bogwitch and me in our defending of the underdogs: she needs them to be redeemed and I don't! ;-)

Funny you mention the "two different Sansas" phenomenon, because while I like the actress who portrays Sansa, I think she was written TERRIBLY in Season 1. Petulant, bratty, rude--so not Sansa. That scene where she is mean to Septa Mordane? The REAL Sansa would NEVER do that. That said, show Sansa in Season 2 has been VERY well done indeed, writing, acting, everything. I think it's been true to the book but with a nuance that brings depth and a new perspective to readers and viewers alike.

And I DID know about the airline because I took it on a trip there about 10 years ago.

I don't blame Sansa for trusting Littlefinger because I did too . . . and kept trusting him too long after his real nature became clear.

You know, I loathed Sansa when I read the first books (I've only read up to 'Feast for Crows', which means it's been a lot of years since I read them), and yet she's the one character who's really stuck with me.

Now THAT is the sign of a fantastic character in my view - the ones we remember years after the event!

Also - I love your final 'word' of the post! Poor naive Ned.

Jenny--Yes, poor, naive, noble Ned. Notice that it is the unbendable who die in a Song of Ice and Fire. Ned. Vaserys. Robert. Robb. I won't go on, because you've not read past those.

I, too, detested Sansa in the beginning, and here is a case that shows Mr. Martin at his best character building. No one is supposed to like Sansa. She's a spoiled, silly girl who holds on to fantasy even when it is proven false, even dangerous. But she grows. Martin doesn't change the core of who she is, but she evolves.
Likewise--take Littlefinger. In the beginning, Martin has him a sympathetic character. He was passed over by his one, true love and has never loved another. But he too evolves without changing his core.
With both Sansa and Littlefinger, looks can be decieving. Peeling back the layers of these amazingly drawn characters is one of the reasons these books are so freaking awesome.

THANK YOU. I think people forget how naive they were at 11, and she's playing on HER strengths to survive her situation. If she was in Arya's shoes and vice-versa, they'd both be dead. (Also, if we adjust for show ages, my argument is the same. TWEENS.)

I've seen arguments that ugh, Sansa is the norm, blah blah blah. That's not my experience in such forms of fantasy heroines. She's the "norm" of a highborn lady in her environment, but strong women who buck the trend are who we see as heroines of fantasy novels.

I love to think I'd be Arya or Dany in this universe, but I wouldn't. I'd be Sansa. There are times in my life where I'd be much more like Arya, but right now, I'd have to say that current Jenna would be able to play to saying the things expected in order to gauge my situation and survive by playing the game, which I think she is doing at this point.

Jenna--I see you are here from the Powder Room or one of Jamie's Jezebel venues--as you call her La C. :)

Sansa started out being one of my least favorite characters, but ended up being one of my MOST favorites. I did not intentionally create my own character (Linhare, in Beyond the Gate) to mimic her. Actually, I wrote her before I ever read the books, but she is the same kind of character. The same kind of strong and resourceful.
"Courtesy is a lady's armor." Come ON! How kickass is that. She don't need no sword and maille! Words, baby. Words and cunning. That's our girl!
(Terri DeFino here. This computer doesn't allow me to post as ME for some reason. I don't ask it questions, and it continues to let me work on it...sometimes.)