Wednesday Review: 'everything you know' by Mary Beth Bass 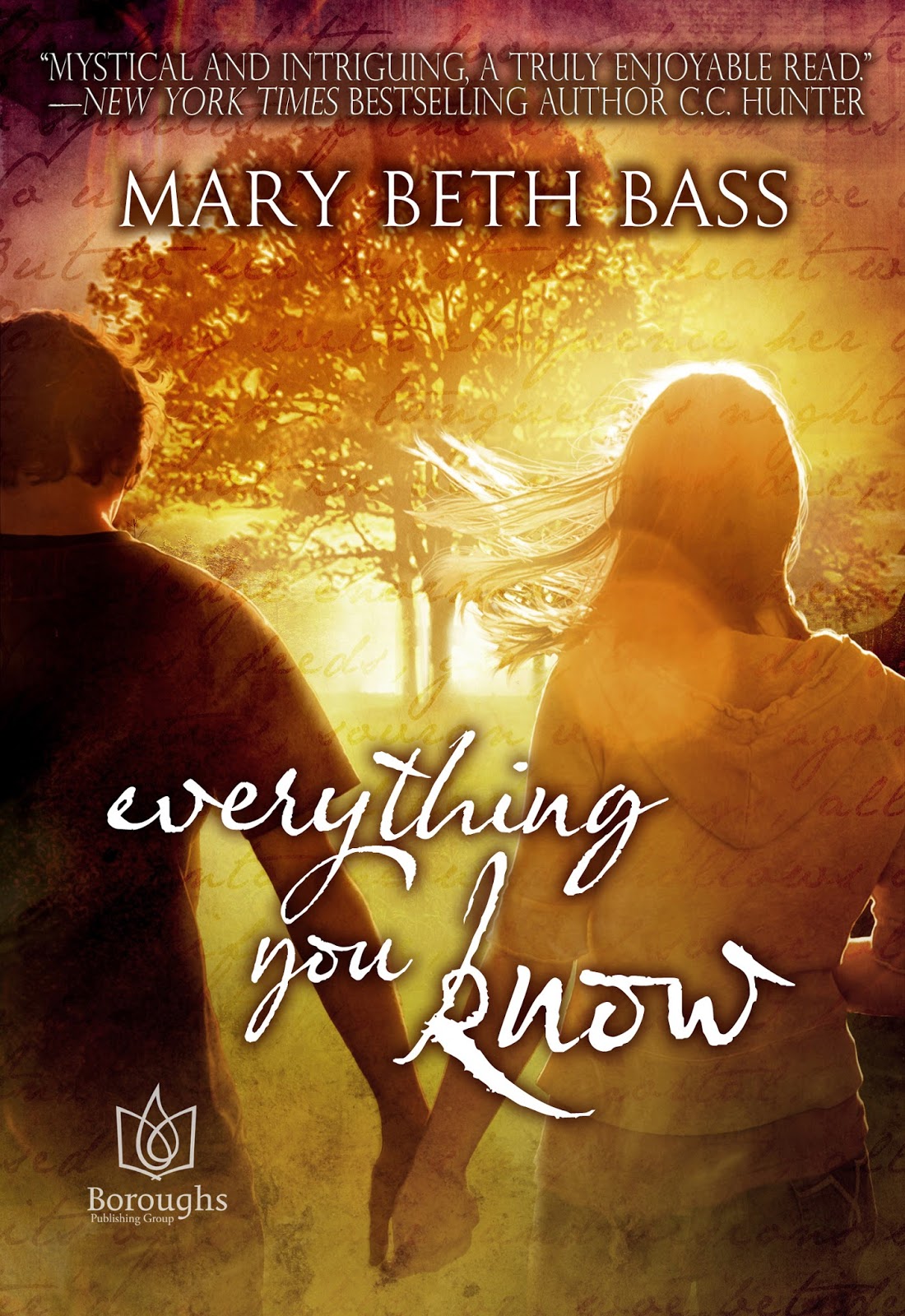 everything you know is the story of Emma and Joe, two high school students who meet and feel an instant connection. They quickly find the attraction between them is rather more than the usual giddiness and exhilaration of first love and sexual awakening; indeed, it is the catalyst which triggers their dormant abilities: Emma's telepathy, Joe's power of flight. Soon, deep secrets from their families’ pasts are uncovered as they are plunged into an adventure spanning parallel worlds. Set against them are two sets of opponents, locked in a power struggle with each other, each wishing to use Joe as bait to achieve their end. And then the plot escalates as a third, greater threat emerges, raising the stakes far beyond mere life and death.

It’s what I'd call a science fantasy and is an ambitious work, taking in romance, politics, heartbreak, nineteenth century poetry and the role of the individual within society. It is satisfying that the main conflict of the book is much more complicated and nuanced than merely good versus evil, and the siren voices are beguiling and insidious, suggesting indeed that it may not be so terrible a fate to sleep in the arms of Thanatos. Moreover, Bass addresses small scale adversity in ways that show it is no less important than large; indeed my favourite aspect of the story was Emma’s sense of change and disconnection from childhood friends and securities as the post-adolescent world opened up before her. At times the language is quite lovely: as she slips from one reality to another, Emma experiences her body ‘dissolving like salt into water’. There is real voice and quality in such conjured images. And there is, of course, the poetry, Keats, Shakespeare, Rossetti, which is woven into the story and informs it on every level.

Although the quest to understand Joe’s past and find his father is the driving force of the plot, three female characters – Emma, and also her younger sister, Maude, and cousin, Isohel – are central to its unfolding and resolution. They illustrate, perhaps, different ways young women may view love as they stand on the brink of adult life: Isohel, talented, beautiful but loveless; Maude, defined by love (her declaration of oneness with her lover reminded me of Catherine Earnshaw’s “I am Heathcliff”, though Maude is rather less destructive than Catherine); and Emma who, to my mind at least, represents the balanced life, whereby one can love whole-heartedly without the loss of all other aspects of identity. Curiously, each of these three has no choice in such matters, not even (if I’ve read aright) as to the object of their affections; their romantic destinies are intrinsic to their natures. There is a fascinating discussion to be had, I think, about autonomy and choice, freewill and destiny, with regard to this aspect of Bass’s work. This is to be applauded – it’s wonderful to see such ideas tackled in YA fiction.

And yet, even as I was reading, and recognising, and applauding, I’m afraid I stumbled over various aspects of the storytelling. Joe and Emma’s relationship unfolded in a somewhat uneasy counterpoint to the science fantasy of the main conflict and, sometimes, I felt jolted from one thread to the other in a too sudden change of register and mood. The worldbuilding of the fantasy reflects the range and depth of Bass’s reading and imagination; a huge amount of thought and, I think, love has gone into it. It does, however, require the assimilation of a large amount of information and I felt, at times, that natural conversation was sacrificed in favour of exposition to bring characters – and the reader – up to speed on the backstory. Also, despite Bass’s ear for imagery and language, I struggled a little with the extensive vocabulary created for the second, parallel world, despite all the terms being glossed on introduction. There are also a great many characters; too many, perhaps, for all to be developed fully in a book of this length. In particular, I would have liked to have seen more made of Emma’s childhood friend, Izzy: one learnt something significant and rather moving of her, likely to be of interest to an important minority of teens, but her thread petered out bar a brief update as the book closed.

Overall, however, despite these reservations, Bass’s engagement with literature, myth and philosophy shines through the pages of her novel: everything you know is filled with thought-provoking and challenging ideas, and underlaid with a fair amount of philosophy. I was pleased, too, to find no trite or easy answers offered for difficult questions. It’s a complicated read, a big read, bursting the confines of the paranormal romance much as Emma and Joe burst out of mundane reality into a world where anything is possible.

Great review, Harriet! This really piqued my curiosity about the book.

IMO, Everything You Know should have been three books to allow all these amazing characters and plot nuances to realize.

This is my favorite review of my book. Thanks so much for the thoughtful read! (I hope that's okay to say, here.)