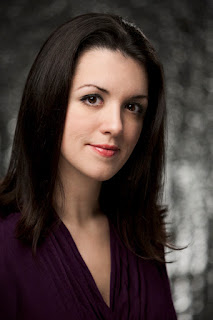 This month, we are thrilled to welcome a second guest post, from up-and-coming author L.D. Rose. She describes herself as a neurotic physician by day, crazed writer by night, and all around wannabe superhero. She writes paranormal romance and urban fantasy, but she’s been known to delve into horror, sci-fi, and medical suspense on occasion. L.D. Rose is a member of the RWA, FF&P, NEC-RWA and CoLoNY. She currently lives in Rhode Island with her studly hubby, her hyperactive boxer, and her two devious cats. You can find her novel Releasing the Demons on Amazon.com.

Hello everyone! I’m Linda, writing as L.D. Rose, and first off I want to thank Kim Vandervort for having me on this awesome blog! Today I want to talk about urban fantasy and why I heart it so much. :D 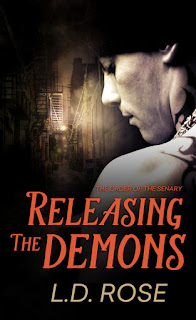 “A subgenre of fantasy defined by place; the fantastic narrative has an urban setting. Urban fantasy exists on one side of a spectrum, opposite high fantasy, which is set in an entirely fictitious world. Many urban fantasies are set in contemporary times and contain supernatural elements. However, the stories can take place in historical, modern, or futuristic periods, and the settings may include fictional elements. The prerequisite is that they must be primarily set in a city.”

I’ve been a long time fan of all things UF. Laurell K. Hamilton’s Anita Blake series was one of the first I picked up in her early days, along with Kim Harrison’s The Hollows series and Charlie Huston’s Joe Pitt series. Although my debut novel is a dark paranormal romance, it’s heavy on the UF, likely influenced for my love of all things gritty and metropolitan.

My current series takes place in the alternate present, in a pseudo-apocalyptic New York City. I adore NYC and lived just north of the Big Apple during my medical school training. The sights and sounds of 469 square miles of concrete populated by 8.5 million people inspired me in so many ways, from the gothic architecture to the people watching to the visions of “what if?” I grew up south of Boston and whenever I took a trip up to Beantown I couldn’t even describe my excitement. Tall buildings! Crowds! Red Sox games! Naturally my reading taste followed this affection and soon it infiltrated my novels.

Don’t get me wrong, other modes of fantasy such as high fantasy are stunning. Look at the entire
worlds Tolkien and Martin created! But what grabs me most in a book is something I can relate to, most of all the characters, but secondly the setting. If I can put myself in a place similar to what I’m reading, it’s hook, line and sinker. I need to see, hear, smell, taste and feel what’s around me through the characters. I want to see the streetlights reflect off the puddles, hear the constant drone of moving cars, smell the greasy scents of food trucks, taste the smog in the air and feel the overwhelming life of the city press down on me like hot plastic. And what better way than to pick up a great UF novel in order to take me to those places I love with their own dazzling twists and fascinating creatures.

Thank you for having me, HoF! :D

I enjoy epic fantasy too but I don't have the guts to write it like you do, lol. ;) To be honest, I haven't even tried reading many historical novels, but I'd like to give them a shot someday.

Thank you for stopping by! <3