I am very pleased to welcome historical fiction and fantasy author Joseph Finley to Heroines of Fantasy. When I extended the invitation to Joseph a couple months ago, we did not know that HoF contributors and reviewers would spontaneously organize to share ghost stories this month. At the beginning of October, I gave Joseph a choice between the standard guest post and participating in our Fright Fest. Joseph went for Fright Fest. 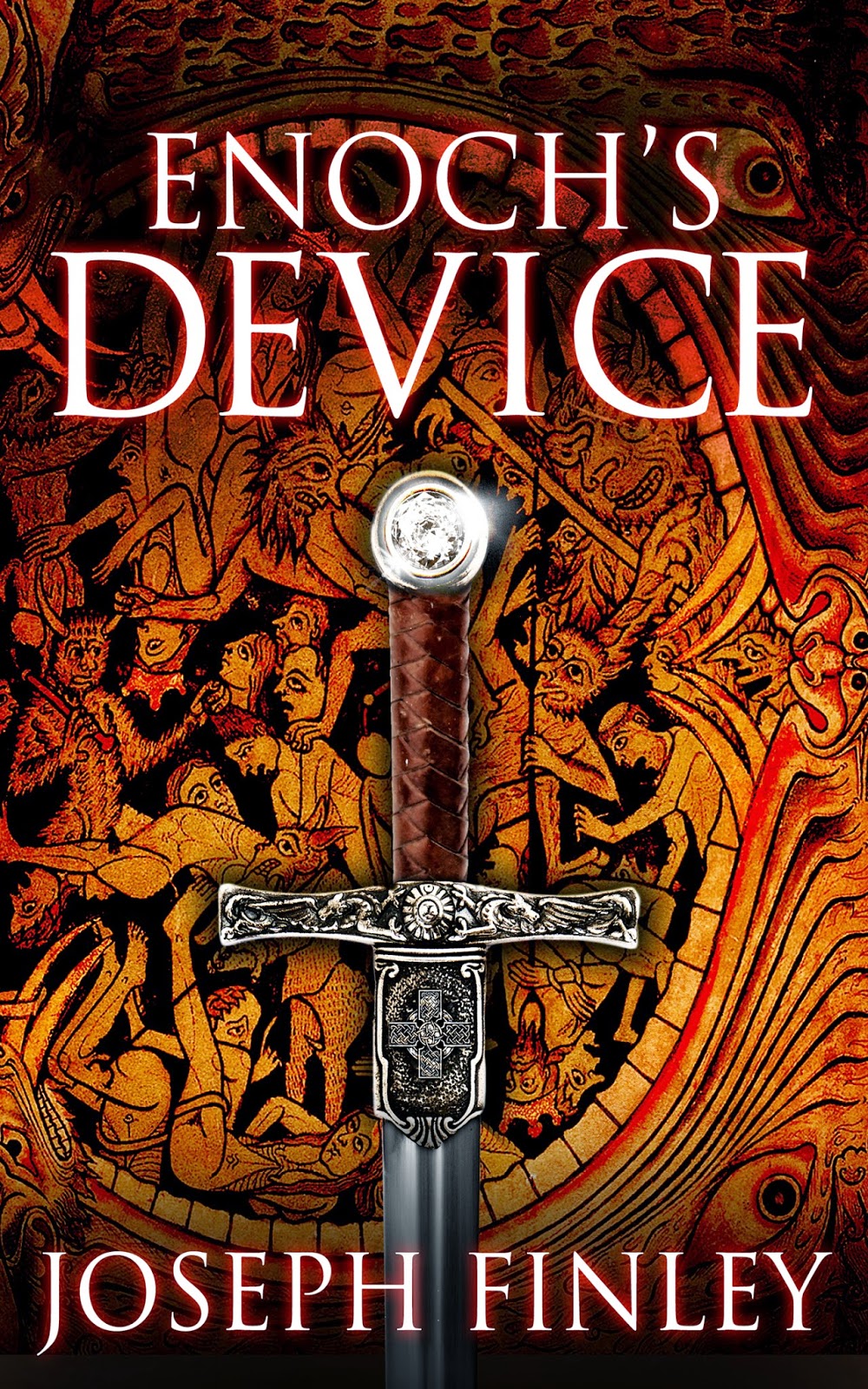 Nearly a thousand years after the birth of Christ, when all Europe fears that the world will soon end, an Irish monk, Brother Ciarán, discovers an ominous warning hidden in the illuminations of a religious tome. The cryptic prophecy speaks of Enoch’s device, an angelic weapon with the power to prevent the coming apocalypse.
Pursued by Frankish soldiers and supernatural forces, Ciarán and his freethinking mentor, Brother Dónall, journey to the heart of France in search of the device. There, they rescue the Lady Alais from a heretic-hunting bishop who insists mankind must suffer for its sins. Together the trio races across Europe to locate the device, which has left clues of its passage through history. But time is running out, and if they don’t find it soon, all that they love could perish at the End of Days.
Enoch’s Device is a fast-paced medieval adventure steeped in history, mythology, and mysteries from a dark and magical past.

Author Bio
Joseph Finley is a writer of historical fantasy fiction. He lives in Atlanta, Georgia, with his wife, daughter, and two rescue dogs. He also posts regularly at Fresh-scraped Vellum (fresh-scrapedvellum.blogspot.com), a blog devoted to historical and fantasy fiction. God saw fit to make him Irish, at least in part, so he comes honestly by his fondness for the Irish and their medieval monks. Enoch’s Device is his debut novel.

Another fine offering to the Halloween gods! And the book looks amazing too. Welcome! And thanks for this!

What a fun witch's tale. Thanks for joining us this month. I've had Enoch's Device on my TBR list for a while now, and am really looking forward to reading it.

I'm glad you enjoyed it. Also, thank you for the opportunity to post on such a great blog!